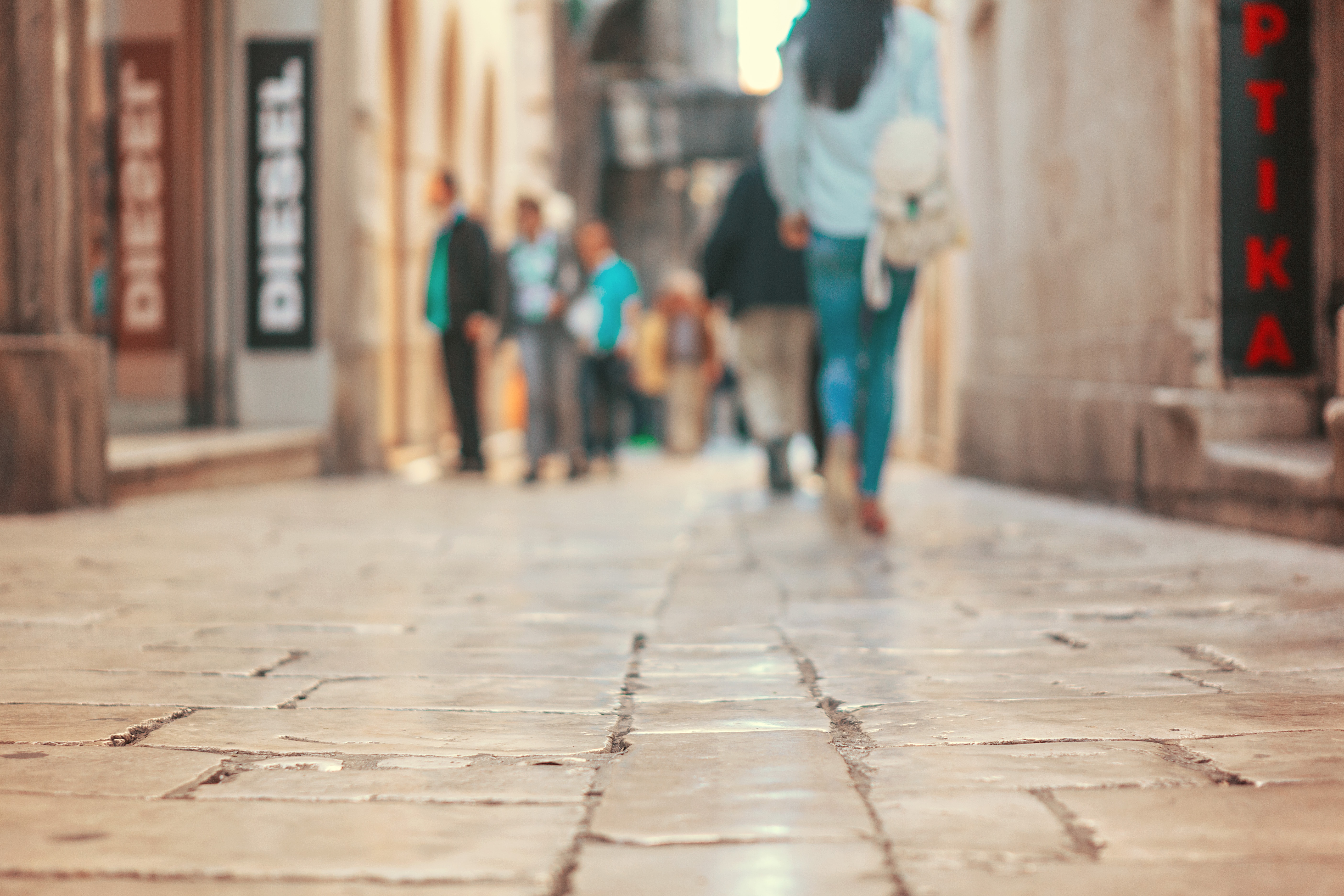 Dalmatia Croatia is a historically rich region known for its beautiful nature and enchanting landscape, rich cultural heritage, and unique people. The area extends from the island of Rab to the Bay of Kotor. This narrow Adriatic Sea belt could be an ideal vacation destination, so we bring you a travel guide to Dalmatia Croatia.

Since we already presented to you the beautiful beaches near Pirovac in Dalmatia, let’s see what you can see and eat there.

5 Cities to Visit in Dalmatia Croatia

While vacationing in Croatia, many visitors target larger cities such as Zagreb, Split, or Dubrovnik. Although they have a lot to offer, the true beauty of Croatian culture hides in the small picturesque towns. Clean beaches, clear sea, excellent Mediterranean cuisine, and the hospitality of the locals – what else do you need for an ideal holiday?

Pirovac is a charming municipality in northern Dalmatia, twenty-six kilometers north of Šibenik, near the highway in the direction Zadar – Šibenik. Its location is on the low part of the coast of the Bay of Pirovac. The place is rich in forests and vineyards. Locals are mainly engaged in agriculture, vine growing, shipbuilding, fishing, and tourism.

Tourists love Pirovac because of the beautiful bays of Sitnica, Vrulje, Makirina, and Vrilo, and their pebbly beaches. The unique attraction of Pirovac is the islet Sustipanac, located just in front of Pirovac, where the tourists often go for a swim. You can find the ruins of a Franciscan monastery from the 16th century on the islet. Pirovac is also interesting for fishing enthusiasts, who can catch larger specimens of catfish, pike, and carp in the nearby Lake Vrana. If you already booked your summer villa here, make sure to check out what other little towns in the area have to offer.

Dalmatia Croatia is full of places with old towns. One of such is Trogir. This gorgeous town is located twenty kilometers west of Split and is also one of the favorite summer towns in Croatia. Why, you wonder? Well, for starters, we can call it the ” mini version of Split ” – the old part of town has narrow streets, while the main square is the place where the locals gather to have coffee and enjoy the view of a magnificent waterfront. Moreover, Trogir is on the UNESCO list of 10 cultural heritage sites in Croatia. Impressive, isn’t it?

Solin is a small town in southern Dalmatia, eight kilometers north of Split. It is known for its rich history since it was once one of the main Roman cities in the area during the time of Emperor Diocletian. Take the opportunity to travel back to the past by visiting the remnants of the famous Salona.

Moreover, take the time to go to the city center. It is truly incredible – take a stroll along the Jadro (Solinčica) River, visit the Church of Our Lady of the Isles or enjoy a cup of coffee by the river.

There is a famous legend which says that a sip of water from a well near the church heals infertility. Don’t miss a visit to Klis fortress, an outstanding dwelling that you may have already seen in the popular series Game of Thrones, in which it “took over” the role of the city of Meereen.

If you ask locals where the best beaches in Croatia are, many will recommend Brela without much thought. Brela is a municipality located fifteen kilometers northwest of Makarska. During the winter, this place is not particularly lively, but during the summer it is crowded with tourists. Few people know about the fact that the famous beach in Brela, Punta Rata, was included in the list of the ten most beautiful beaches in the world in 2004.

A symbol of Brela that you can often see on postcards is the so-called Brela Stone, a rocky islet covered with pines. A twenty-minute drive from Brela, there is the Biokovo Nature Park, ideal for a day trip in beautiful nature. Be sure to bring appropriate clothing and shoes and plenty of water before you get to Dalmatia, Croatia.

Last but not least, there’s Cavtat. If you would like to feel the atmosphere of Dubrovnik, but you aren’t a fan of big crowds and high prices, then Cavtat is the right place for you.

Just five kilometers from Dubrovnik Airport, you can find Cavtat. Get in touch with the local culture from June to September when the locals organize cultural events to introduce visitors to their traditions and customs. In Cavtat, you will find stands with souvenirs, but along with the usual offer, you will also find beautiful, handmade folk costumes from Konavle. Each outfit is unique, with a traditional belt and sleeves. If you are looking for an original festival, then Cavtat is the right place.

Dalmatia Croatia has numerous islands and islets near its shoreline. A group of twenty islands and cliffs surround the city of Hvar. They’re called Paklinski islands. Nature on these islands is nothing short of gorgeous since they are untouched. This beautiful archipelago is the perfect place for divers because its underwater contains various species of fish, shellfish, and other marine organisms. Jerolim, Stipanska, Ždrilca, Vlaka, and Palmižana are popular tourist excursions in the Paklinski Islands.

Odysseus’s cave on the island of Mljet

This unusual and interesting natural attraction in Dalmatia Croatia is located on the southern coast of the island of Mljet. Why is it so special? During the summer months, you can see a phenomenal spectrum of colors in Odysseus’ cave that delight many lovers of natural phenomena.

Locals often tell a legend related to this cave, which says that on his return from the Trojan War, Odysseus experienced a shipwreck and hid in this cave. For long seven years, he was captured by a nymph named Calypso, whose incredible beauty Odysseus was fascinated by.

The Walls of Ston

If you want to visit the real hidden cultural and monumental treasure in Dalmatia. Croatia, then the Ston walls are one of the locations that will excite you. The construction of these five and a half kilometer long walls and fortifications and towers began in 1333.

The Ston walls were renovated in 2009, and you should visit the most impressive Gothic building there, the main fort of the Dubrovnik Republic, the Rector’s Palace, which used to be the seat of the administration during the Roman times.

After visiting the Ston Walls, make sure to go to one of the nearby restaurants. You should try the famous Ston oysters.

Lastovo has been declared a Nature Park due to the incredible natural beauty, numerous underwater and inland caves, dense forests, fertile fields, and rare marine and terrestrial species.

It is one of the youngest nature parks in Croatia, and it consists of a total of forty-four islands, reefs, and fifty-three square kilometers of land area. Lastovo is the Imperial Island because of the abundance of sea fish, lush vegetation, and the beautiful islets that surround it. The incredibly clear sea, the forest which hides numerous caves, and hidden and secluded bays make this a fantastic place for a boat trip.

As said in our Split restaurant guide, “Croatian cuisine delights all those who are looking for first-class gastronomic specialties. A range of restaurants lures tourists with local specialties and tempting wine lists full of wines with rich flavors and aromas.”

Here are the restaurants not to miss when you’re in Dalmatia, Croatia.

The famous fish restaurant in Zadar has been synonymous with excellent and delicious food for decades. It is located in the wall of the port of Foš, erected in the 16th century. The restaurant offers fresh food from the Dalmatian region throughout the year. Also, you can try indigenous Dalmatian recipes, as well as new and contemporary combinations.

The Boškinac hotel, restaurant, and winery are all in the same spot. Boškinac restaurant presents traditional island cuisine in a completely new and modern way. The rich offer of fish, lamb, cheese, and prosciutto will fascinate every hungry visitor.

A restaurant that has found its place in the center of Split on a rooftop. The visitors can enjoy the view of the old buildings and the sea in front of them. Paradigma offers a variety of shells and fish, as well as selected meats. If you do not know what to try from the wide selection, we recommend a tasting menu.

You might wonder where else to eat in Dalmatia Croatia? Let’s stop in the old town center of Šibenik, where you can find Pelegrini near the Cathedral of St. James and the Fortress of St. Mihovil. This restaurant has some great dishes on the menu. We particularly like mussels with leeks, pancetta, and horseradish, but also smoked Greater amberjack on dry bean puree.

This fish restaurant has found its place in the center of the old town. It has an extremely long tradition because they opened it in 1886. Proto has special offers in the form of group menus. Of course, another indication of what reputation Proto has is the fact that many celebrities visited it. For example, Novak Djokovic, Bono Vox, and Bernie Ecclestone ate there.

Would You Visit Dalmatia Croatia?

Dalmatia region in Croatia is rich in history, culture, food delicacies, natural beauties, and charming hidden towns. If you never been there, make sure to put Dalmatia on your go-to list.