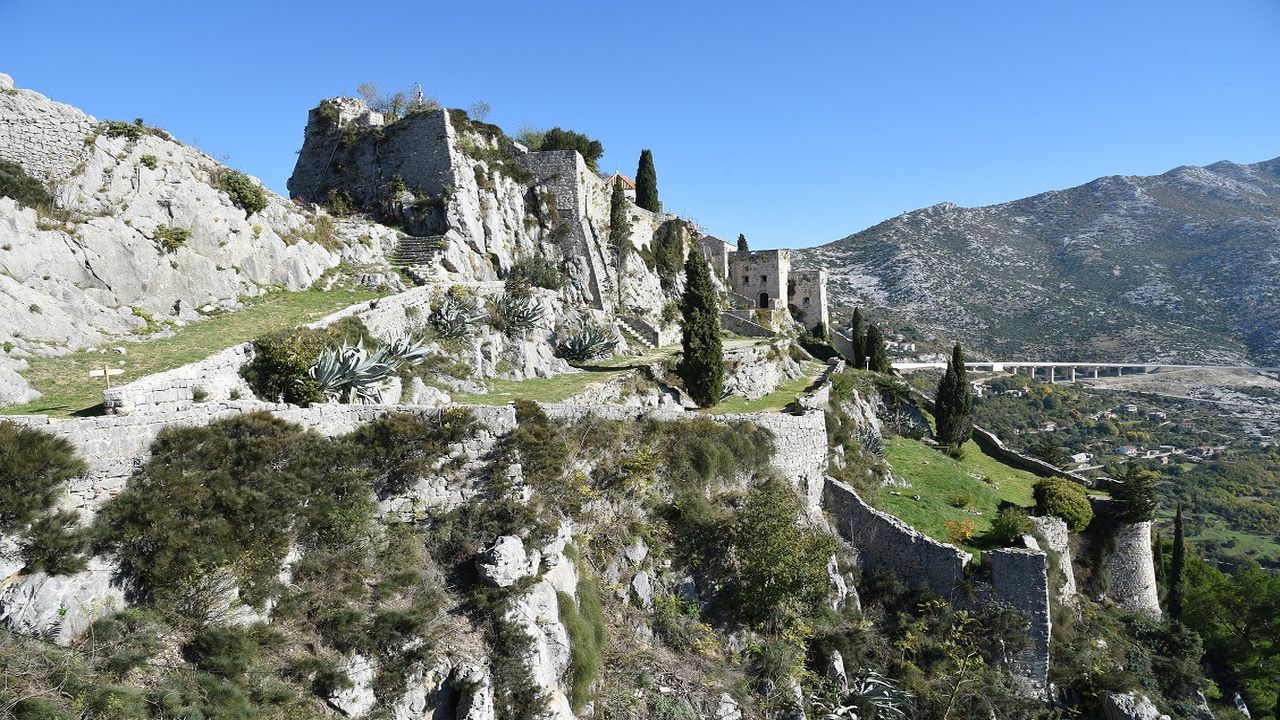 Did you plan out your summer holiday already? You booked your luxurious villa, and your trip includes Split. If you’re a die-hard Game of Thrones fan, Klis fortress in Croatia should be your next destination. Also, if you’re already in Split and crossed most from the things to do in Split checklist, make sure to visit Klis fortress.

It’s an excellent idea for a family day trip when you’re nearby. Especially because the fortress doesn’t get as much visitors as other GOT filming locations.

Klis fortress is a medieval fort located above the municipality of the same name. The fort in the limestone bluffs was built at an altitude of 360 meters to control the potential invasion of the enemy.

Due to its strategic position between the two mountains, Kozjak and Mosor, the fortress played an important role in defending the entire Dalmatia, especially in the times of the Ottoman invasion.

By the end of 2016, the new historical, cultural and tourist attraction of Klis, Knezev dvor, was restored. It led to a permanent investment in the fort, which resulted in the 3D mapping of the Klis fortress and education about cultural heritage. The project, called Fortress ReInvented, introduces visitors to the fortress history through digital content.

The History of Klis Fortress

The Venetian Republic completely restored and expanded the Klis fortress. The Venetians ruled the region until 1797 when it was taken over by the Austrians, and later the French.

The period of the Second Austrian Republic lasted until the end of the First World War in 1918. At that time Klis, together with the rest of the Austro-Hungarian Monarchy, shared the fate of all Croatian towns. It was part of the Kingdom of Serbs, Croats, and Slovenes and then Yugoslavia.

During the Second World War, Klis fortress was once again used for military purposes. In particular, it was the backbone of the Italian and German forces. In 1990, Klis was finally under the flag of Croatia.

Although the outer walls of the fortress are breathtaking enough, make sure to visit the museum within the fort as well. For example, you can see Uskoks’ weapons and clothing and observe attractions such as the Battle of 1532 reconstruction. You can also visit the church of St. Vid and take part in creative workshops or simply enjoy the beautiful view of Split and its surroundings.

Every year on the last weekend of July, Klis municipality organizes a traditional medieval festival called “Uskok Battle for Klis.” It is a two-day event that brings visitors back to the time of the Ottoman Empire. More than 300 members from different Croatian and foreign historical troops alongside the historical squadron “Kliški uskoci” dressed in medieval clothing and entertain visitors with various stage performances.

The main event of the festival is, undoubtedly, the performance of the famous Battle of 1532. It took place when the Uskoks defended the region from the Ottoman army.

In addition to the historical battle, it’s worth visiting the mini medieval marketplace, as well as trying your shooting skills. You’ll have to pay the price of 70 kuna if you want to see the battle show. The rest of the program takes place at the foot of the fort (Mejdan square), and it is free.

Game of Thrones and the Fortress

Enthusiastic fans probably already know the link between Klis fortress in Croatia and the famous HBO series Game of Thrones. The viewers could see the fictional city-state in the fourth season when Daenerys Targaryen and her army marched towards Meereen to release the slaves.

The film crew recorded the streets of Meereen at Klis fortress and Diocletian’s Palace in Split. There was not much CGI used in the post-production (except for the computer-generated large pyramids). There is also an exhibition as part of the fortress that’s devoted to this series. It influenced a steady increase in the number of visitors in the last few years.

The exhibition includes photographs from the series, featuring some of the main characters such as Daenerys Targaryen and Tyrion Lannister. Moreover, you can see the best photo taken there with the most spectacular view on Split.

How to Get from Split to Klis Fortress in Croatia

The road to Klis fortress can look complicated for foreigners, but it’s quite simple. You can get there by car or by bus. If you’re coming from Split to Klis fortress by a car, follow the main road to Solin and turn right at the intersection in Solin. Continue driving north and after you pass the tunnel in Klis, turn left at the second turn after the tunnel. Follow the road to the top of the hill, and you’re there.

If you’re traveling by bus, you can reach Klis fortress by bus line 22 from Split (near the Croatian National Theater). You can purchase the tickets on the bus. The last station of the bus line is the station where you need to go out. There is another line, 34, but the departures are not so common.

The entry to Klis fortress will cost you 60 kuna (for adults) or 30 kuna for children under 15 from May 1st until October 31st. Klis fortress opening hours are every day from 8:30 AM until 8:30 PM. However, there are some seasonal changes to the opening hours, so you should get there in the morning.

Klis fortress tours include Croatian Knights tour or a walking tour of Klis. You’ll spend around two and a half hours on a walking tour, so make sure you take some sunscreen with you. Moreover, there are two nearby cafés within a 5-minute walk from the fortress and a store where you can buy food and drinks.

In case you’re looking for a perfect wedding venue, you can book the fortress for your wedding. It’s an ideal historical wedding location for all the old souls out there.

Do You Plan to Visit Klis Fortress Near Split, Croatia?

Klis fortress is one of the little-known jewels of the Split region in Croatia. In short, if you’re spending your vacation closeby, make sure to put Klis on your go-to list.