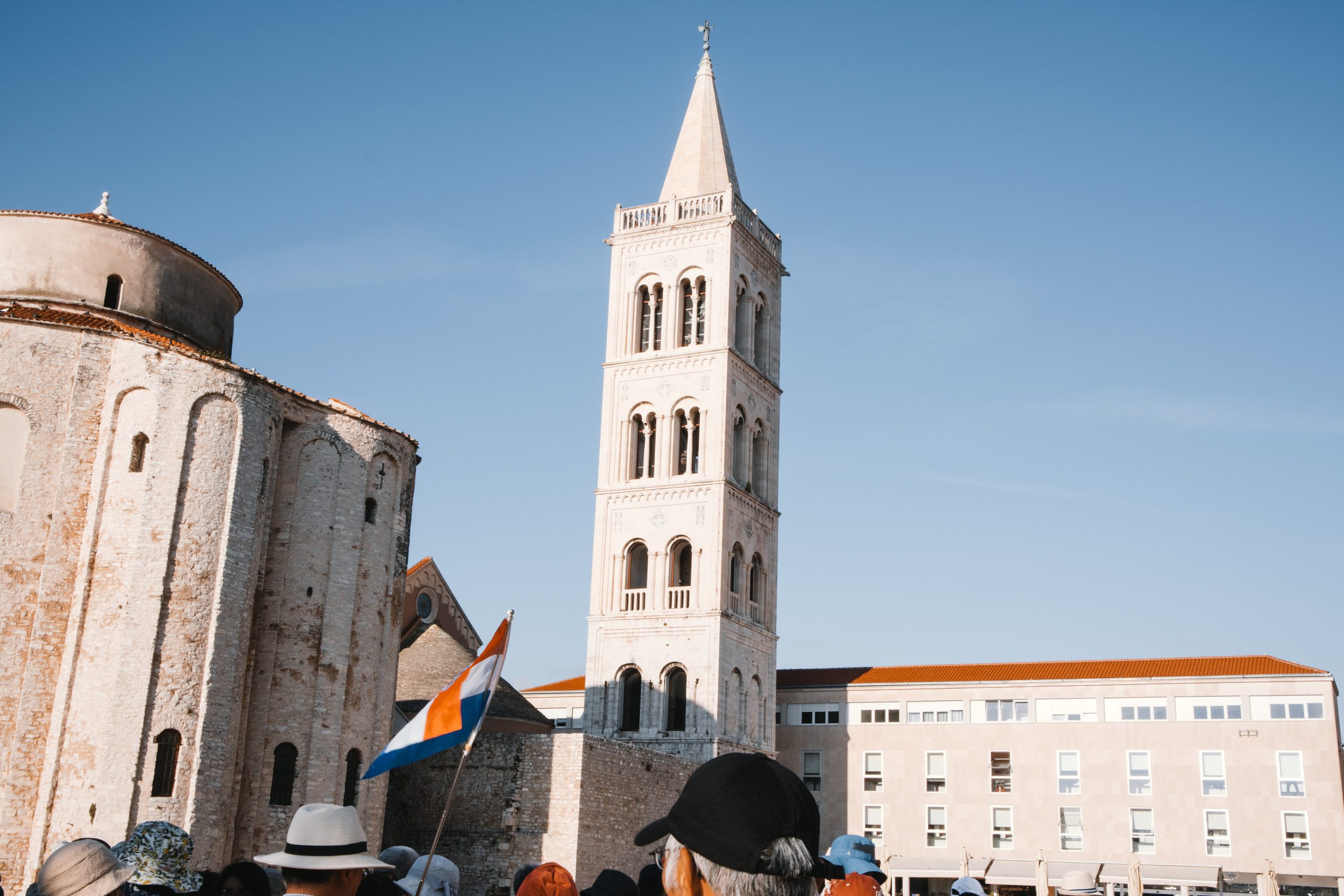 The city of Zadar in Croatia is undoubtedly one of the most famous and beautiful towns on the Adriatic coast. It is rich in history and cultural heritage and offers each visitor to experience a dash of exquisite hospitality in this region. Located in the very heart of the Adriatic, it is easily reachable by land, sea, and air. The millennia of historical tales and events woven into its streets and the influence of different cultures have left a rich mark that attracts more and more people every season. The uniqueness of the city lies in the calmness of the old city center since a large part is freed from vehicles and pedestrians can use it for sightseeing.

There are many stories and poems about this Dalmatian city. For instance, famous director Alfred Hitchcock said when he visited Zadar that “Zadar has the most beautiful sunset in the world, more beautiful than the one in Key West, in Florida, applauded at every evening.”

If Zadar, Croatia has been on your bucket list for quite some time, check out what are the best things to do in this beautiful city. In case you already booked your summer villa near here, let’s see how to spend a weekend in this coastal town.

Once you pass the city Land gates (Kopnena vrata), you should find the Five Wells Square (Trg pet bunara), which connects directly to Queen Jelena’s Park. The five wells on this square were built during the long siege of the city when the Turkish attacks took place.

You can enter directly into the city park, which we know today as Queen Jelena Park, from the square. It is the perfect place to rest and walk among the large trees that provide shade all day long for curious visitors. Make sure to escape the summer heat in Lounge & Bar Ledana, located inside the Park. Although it is open year-round, visiting it in the summer is your best bet since there various events and concerts are happening then.

See the Beauty of Varoš

If you like narrow streets and picturesque crowded buildings, you have to see Varoš. It is part of a city that surrounds Varoška street. Both tourists and locals rarely visited it in the past. You can hear various stories of Varoš on every corner, from those about the clay jars where drunk people vomited to those more recent, which include ladies of the night and barkeepers. Today, Varoš is an unavoidable part of the city that exudes sympathy and in which you can drink some of the finest coffee and eat the best pizza in town. Moreover, if you walk through Stomorica at night, there are tiny bars where you can enjoy a beer or a cocktail.

Take a Stroll through Kalelarga and Eat a Gelato

Although it is still officially called “Wide street” (Calle Larga), the most famous promenade in Zadar is known as Kalelarga. It is one of the streets in Croatia that boasts its own anthem, a song by the famous Zadar singer – Tomislav Ivčić. Kalelarga is more than just a main street and promenade for the people of Zadar. It is a symbol of the city and the central place for socializing during the day. The legend has it that Kalelarga is to blame for one of the most beautiful love beginnings and saddest endings of many generations. When you’re there, make sure to try out a gelato from one of the ice cream parlors. It’s excellent!

Near the end of Kalelarga is the old Roman Forum, which is preserved today. Within the Forum, you can see two buildings next to each other, the Church of St. Donatus and the bell tower of the Cathedral of St. Anastasia (Katedrala sv. Stošije). The Forum today, however, shines in a slightly more modern form with a green lawn and a new sidewalk.

Moreover, the church of St. Donatus is the most famous building in Croatia. It is circular and named after saint Donatus, who built it in the 9th century. Right next to the church is the bell tower of the Cathedral of St. Anastasia, where you can see the city from a height of 62 meters. The bell tower is open every day for visitors, and the ticket price is a little less than $3.

Enjoy The Sea Organ and the Greeting to the Sun

Although Zadar has some of the most significant architectural wonders of Croatia, two attractions lure most tourists to come here. First, the westernmost part of the Riva has an orchestra that’s playing non-stop. This orchestra, whose conductor is nature, is a result of architecture done right. Waves and the tides of the sea produce the sounds. It is a place where you can enjoy the music produced by the waves and make some great photos since the Sea Organ offers views of the Zadar Channel, its islands, and the glorious sunset.

Second, next to the Sea Organ is another modern attraction – the Greeting to the Sun. It is a circular-shaped light structure that operates on the principle of absorbing solar energy. During the day, the sun fills the solar panels below the structure, and after sunset, the magic begins. Another interesting fact is that the Greeting to the Sun is associated with the Sea Organ. More precisely, the sound produced by the organ is transmitted to the light structure, affecting the colors and dynamics of the image on the glass, which creates a game of sound and light in the evening.

Visit Zadar Archipelago and Its Beaches

The islands within the Zadar archipelago are another beautiful asset of the city and its surroundings. Regular ferry and catamaran connections between the city and the islands offer an easy way to arrive at one of the unique places in the archipelago. Also, you can enjoy various tourist attractions on larger islands like Ugljan. At the same time, you can afford the life of Robinson Crusoe and escape from everyday life on the smaller islands such as Vir, Silba, and Olib.

In addition to everything we mentioned, we must not overlook a large number of beaches in the area. The locals from Zadar in Croatia boast how crystal clear and warm sea they have. The beach we must mention is the pebble beach Borik north of the city.

Last, you can rarely swim in the center of any city, but it is not the case with Zadar. The city organizes a yearly event called Millennium Jump, which takes place in July. On that occasion, thousands of local bathers and swimmers, as well as tourists, jump into the sea from the Zadar waterfront at the same time.

Would You Visit Zadar in Croatia?

Overall, it would be best if you considered adding Zadar to your Croatia must-visit list. It is a picturesque city where you can admire the gorgeous architecture or eat gelato in the shade of stone walls and trees in the city park. Have fun in the sun and come to Zadar.